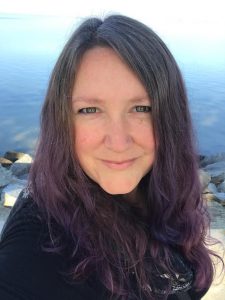 Bonnianne Ratliff is the founder and owner of The Shape of a Mother, the first website dedicated to positive body image focusing on postpartum bodies. The site has been running since 2006 and Bonnianne has curated thousands of images of unretouched bodies with the intention to show the world what bodies really look like and to widen the ideals of beauty that society holds for women and for everyone. The site has been wildly successful, being featured in the London Guardian, Mothering Magazine, Shape, Today.com, as well as other newspapers and magazines around the world. Louise Redknapp featured SOAM in her UK documentary, “The Truth about Super-Skinny Pregnancies.”

A skilled writer, Bonnianne has been published at BlogHer.com and GrokNation.com. She is pursuing numerous writing projects including her own memoir about growing up with a mother who was both a hoarder and an alcoholic, a play about the devastating effects of the broken mental health system, and numerous works and curricula focusing on body image and self-love.

Bonnianne has two teenagers who inspire her and who she considers her heroes.